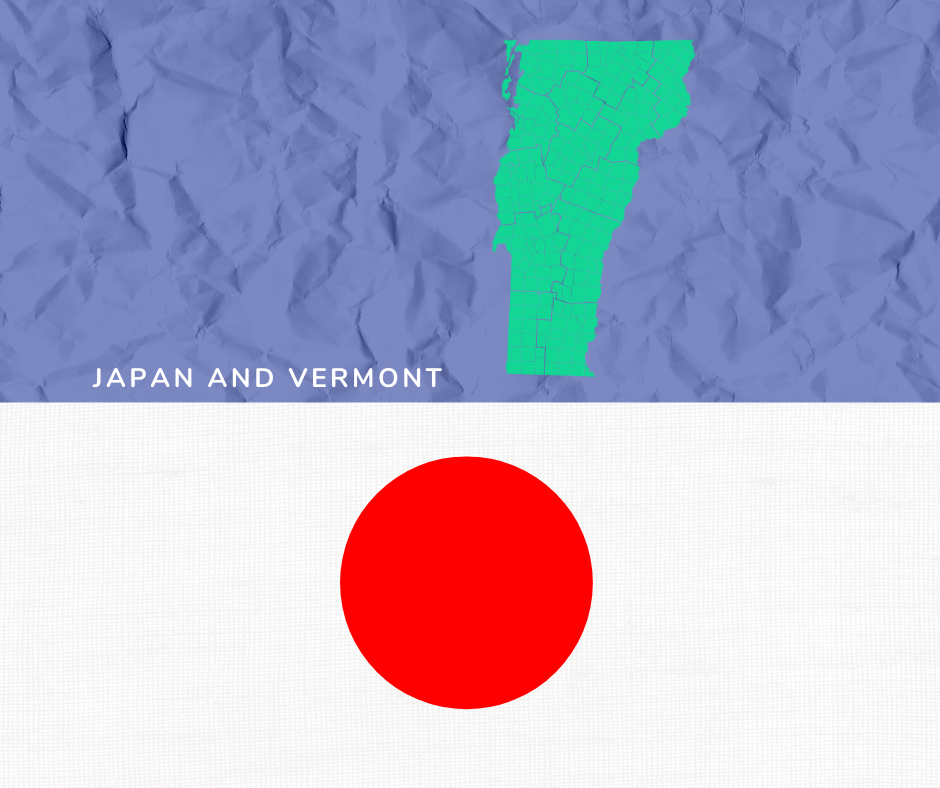 Although ties between Japan and Vermont, a small rural state with a population that is less than that of even most provincial Japanese cities, are not extensive, they are actively pursued and have set a high standard of excellence. There are, for example, educational institutions such as Middlebury College, which has long been known for its intensive Japanese language program, and where the nationwide Association of Teachers of Japanese makes its headquarters, and the University of Vermont, where Japanese is also a part of the curriculum.

Rutland, Vermont's second-largest municipality, has an active sister city relationship with Idoriya in Iwate Prefecture. There is a Japan Society of Vermont in the Burlington area. There are three Japanese corporations in Vermont, and a Japanese subsidiary owns one of the state's largest and most prestigious ski resorts, Stratton Mountain. Further, Japan remains a top trading partner for Vermont, a fact reflected in the fact that the state has established a trade promotion office in Osaka.

The history of the relationship between Vermont and Japan is relatively short. Most of the major events in this history date only to the postwar period, when exposure to Japan led some American servicemen to set up Japan-related businesses in Vermont. One of these was Charles E. Tuttle, who established a publishing company bearing his name in Rutland during this early period. This firm still publishes books about Japan in English and is one of the two largest distributors of English language books in Japan. With this one major exception, however, economic interaction between Japan and Vermont was relatively modest until residents of the state began buying Japanese-made electronic goods and automobiles. In the late 1980s and early 1990s, Japan was also the second or third largest buyer of exports from Vermont, mainly computer, electronic and electric equipment and components, and industrial and commercial machinery.

The Japan-America Society of Vermont is one of the state's key players in promoting Japanese-American relationships. This organization has sponsored social functions, cultural festivals, and forums for the business community.