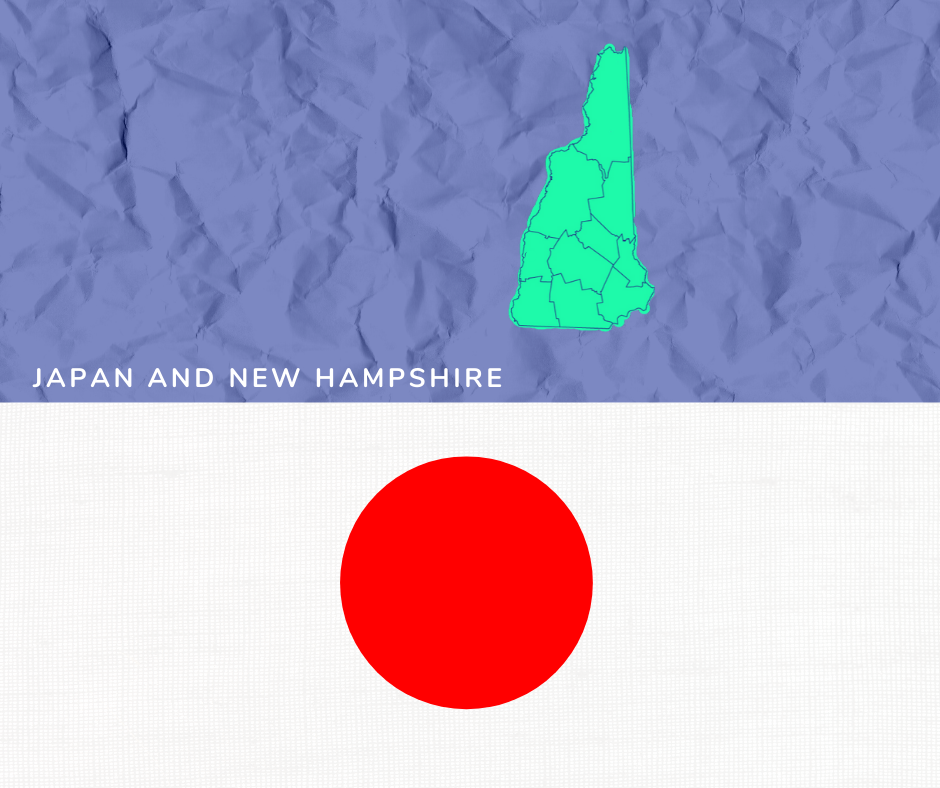 New Hampshire's historical ties with Japan go back at least as far as 1905, when, under President Theodore Roosevelt, the treaty ending the Russo-Japanese war was signed in Portsmouth in September of that year. In commemoration of the state's role in resolving the hostilities, Japanese Ambassador Jutaro Komura bequeathed $10,000 to New Hampshire to be used for charitable purposes. Subsequently, the state legislature established a three-man board of trustees headed by the secretary of state to oversee the disbursements. The interest income from this fund has been duly distributed each year to charitable causes, but the principal has remained intact and is known as the Japanese Charitable Fund.

Ten years after the Treaty of Portsmouth was signed, Dartmouth College graduated the first Japanese student in its history. The personal ties this student forged with his classmates and teachers during his four years at the school became the foundation for a World War II episode. Influenced by the quality of the education and personal enrichment he had received at Dartmouth, he sent his eldest son to the university in 1939. After the war broke out, the young man missed the last ship home and was forced to return to Dartmouth, where he remained until his graduation in 1943. In the meantime, Dartmouth became a naval-officer training center. Seeing the legal and social difficulties the young man faced as the sole enemy alien on a campus full of young naval cadets, Dartmouth president Dr. Martin Hopkins took upon himself the role of guardian and protector, allowing the student to continue his academic pursuits in relative peace despite the political turmoil surrounding him. After returning to Japan, the son became the second president of the Dartmouth Club of Japan, which had been established shortly after World War I, with his father as the first president. Today, this is the third largest Dartmouth club in the world outside of the United States.

Currently, cultural exchanges between Japan and New Hampshire are small in scale, with the Japan-America Society of New Hampshire playing a pivotal role. Under the Nichinan-Portsmouth sister city relationship, mayors, municipal officers, and others associated with the program visit each other's cities at least once a year.

Economic ties are also modest, but growing. A handful of Japanese companies operate in New Hampshire at present; most of them are originally American companies that have been acquired by Japanese corporations. There are also a number of American manufacturing companies in the state with Japanese marketing connections, and they are increasing steadily. In the early 1990s, Japan was the state's second largest export market, after Canada.