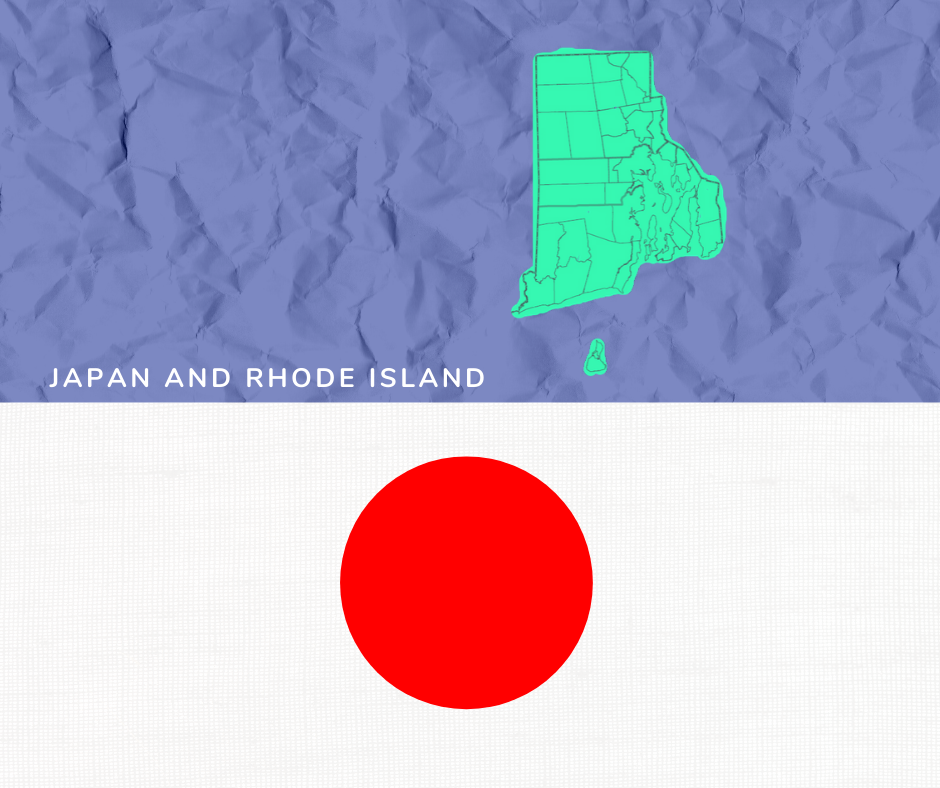 Rhode Island's relationship with Japan dates back further than that of most other states; it began during the Tokugawa Era (1600-1868) and was strengthened during the early years of the Meiji Period (1868-1912). Specifically, the association began on July 14, 1853, when Commodore Matthew Perry, a native of Newport, sailed his Black Ships into the harbor at Shimoda. The relationship was further solidified when Yukichi Fukuzawa, the founder of Keio University, discovered the writings of Dr. Francis Wayland, the third president of Brown University. Despite these auspicious beginnings, however, Rhode Island-Japan ties today are comparatively meager.

At present, Brown University and Providence College are the only institutions in the state with formal programs of Japanese studies. Several other universities, including the University of Rhode Island and Rhode Island College, and about a quarter of the state's secondary schools offer Japanese language classes and occasional instruction in aspects of Japanese culture.

There is one sister-city relationship with Japan, between Newport and Shimoda. The major Japanese cultural event in Rhode Island is the Black Ships Festival, held each summer in Newport. Commemorating the visit of Admiral Perry, the festival echoes another held in Shimoda every May. The Newport event typically lasts two days. It is preceded by an opening ceremony and a dinner and features numerous exhibits of Japanese arts and crafts and demonstrations of tea ceremony, ikebana, calligraphy, and the like. The Japan Society of Rhode Island plays a major part in organizing the festival. Most other Japan-related cultural and artistic events in the state are associated with the Brown University East Asian Studies Program, which has sponsored Japanese film series and guest speakers, both of which have attracted considerable interest from both the academic community and the general public. In addition, the University Art Gallery has housed excellent exhibits of Japanese art, accompanied by lectures and performances on both the koto and shakuhachi.

Economic relations between Japan and Rhode Island are still modest in scale. There are only about a dozen Japanese companies in the state, and most of them are Bridgestone Tire dealers. The only large Japanese firm in Rhode Island is Toray Plastics of America in North Kingstown. Set up in 1985, the company is a high-technology operation, employing more than 400 workers. Toray has established a reputation as a good corporate citizen, being very careful about environmental concerns. Company executives have served on the Greater Providence Chamber of Commerce. Toray has also established a $1 million endowment at the University of Rhode Island for eight scholarships annually: two for children of Toray workers, two for North Kingstown residents, two for women and minorities, and two to be awarded at the university's discretion. As a trade-free zone, the state is a major port of entry for Japanese automobiles. Non-automobile-related imports from Japan are mainly pneumatic hand power tools and collated nails. Major exports to Japan include miscellaneous metal products, foodstuff, and jewelry.