The Consulate General of Japan in Boston has appointed Dr. William Farrell as Honorary Consul of Japan in Newport, Rhode Island.

Dr. Farrell served in the U.S. Air Force for 20 years, including 6 years in Japan. Dr. Farrell also served Executive Director of the American Chamber of Commerce in Japan from 1990 through 1995. During that time, he developed personal connections with Japanese colleagues across an array of fields, and today he plays a crucial role in strengthening relations between Japan and Rhode Island through those connections. Dr. Farrell also served as Chairman of the National Association of Japan America Societies (NAJAS) from 2003 to 2012.

To recognize Dr. Farrell’s efforts in bridging Japan and the United States, the Government of Japan in 2012 awarded him the Imperial Order of the Rising Sun with Gold Rays and Neck Ribbon. 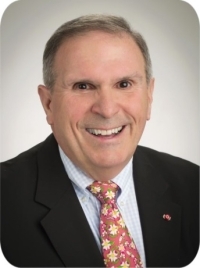