On June 25th, Consul General Michii attended a project presentation on the new exhibition, Fog x FLO: Fujiko Nakaya. It will be on display from August to October at the Emerald Necklace Parks.

At this time, the Emerald Necklace Conservancy made an official announcement to have an exhibition Fog x FLO by the Japanese artist, Ms. Fujiko Nakaya throughout the Emerald Necklace Parks, commemorating their 20th anniversary. In attendance, along with the hosts of the conservancy, was also Commissioner Christopher Cook from the Boston Parks and Recreation, and Brookline Parks and Open Space Director, Ms. Erin Gallentine, as well as Consul General Michii and others.

The fog sculpture exhibition by Ms. Nakaya will be on public display at 5 locations throughout the Emerald Necklace Parks from August 11 to October 31, 2018. The program details can be found below. 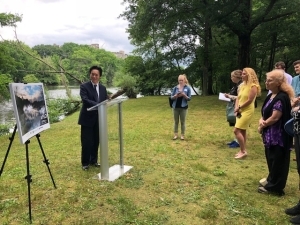 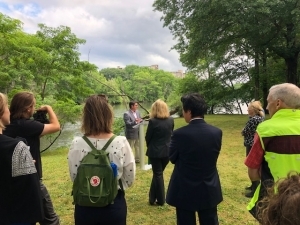 Speech by Commissioner Chris Cook from the Boston Parks and Recreation 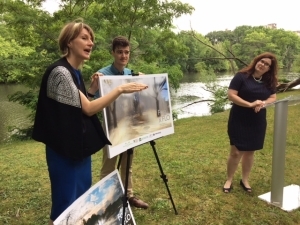 The project presentation by Erin Gallentine, Director of Brookline Parks and Open spaces 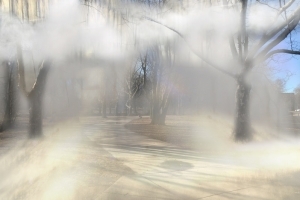 Image of the fog rendering on the Back Bay Fens 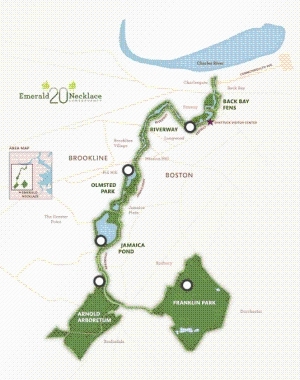 5 intended locations for the fog sculptures